QUITO. What a cool city. It’s nestled in the valley of several mountain ranges and volcanos, and sprawls 44 miles in its entirety, though it’s only six or so miles wide. Can a city nestle and sprawl simultaneously? Indeed it can. 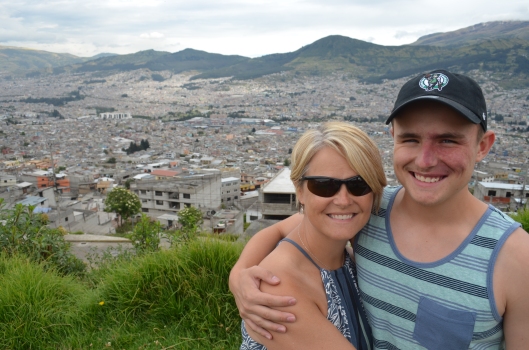 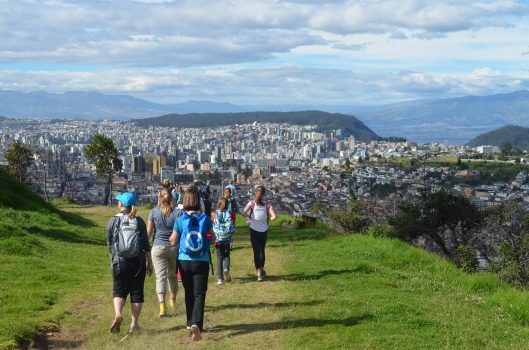 It was only supposed to be a stopover for our trip to the Galapagos Islands, really, but it turned into so much more. Had I but unending money and time, I’d have spent several more days exploring, talking with people, reading up on Quito’s history (abounding) and modern expansions (also abounding). As it were, two nights at the start of our trip, one in the middle, and one at the end were what I got. I’m so grateful I did.

To sum up in blog form, let me give you a list of the things I learned about Ecuador from just a few nights in its capitol.

A few days is not enough to really know a place. (I would argue a lifetime isn’t always long enough to really know a place either.) Bottom line: I left Quito feeling that I’d been welcomed but not begged to stay. People there work hard, do not complain, make do with what they have, and move slowly toward a new world in which their unique and beautiful talents and contributions shine in the world at large. They go forward deliberately, and with thoughtful heads bent toward what is good for the many, and for the environment.

Meanwhile, a full scale effort toward increasing tourism grows. Lucky for me.