It’s baseball season again!  You know what that means, fans.  Winter coat, wool socks, LL Bean boots and heated up coals inside the fuzzy blankets I carry up to the field day after day.  I’m kidding.  No I’m not. 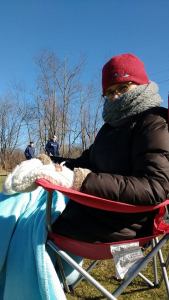 Between seasons, I forget how much I love baseball – the crack of the bat, the chatter among teammates, the slightly delayed steeeeriiiiiiike three! calls of the umps. But it all comes back to me on opening day.

Baseball, at our house, is like a long lost relative we think about all year, and are so happy to have show up on our doorstep in spring.  It’s a favorite.  I would say it’s THE favorite, but that would be a lie.  Every sports season becomes our favorite season momentarily….though I will say here that though we love all sports the kids play, baseball does have a little special magic. And since it’s baseball season, we’re going to jump up to the third base line and cheer our hearts out.

It’s been a surprise to me how much I’ve come to love baseball in the past few years. My family always watched and loved the Red Sox (and we do not speak of my father’s affinity for the Yankees) but once my boys started playing the game, I became more than just a fair weather fan.

Look at this pic on the boys’ first day of T-Ball, 2005, a few months before Natalie was born.  They’re consulting about the pitcher, I think. Luke seems displeased with his work. 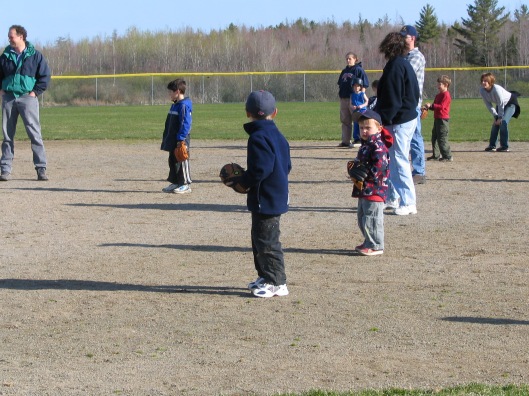 You can’t see them, but both of their hats are Red Sox hats, and Luke asked for those red sneakers because they were Red Sox colors.

This next pic is of the first game the boys ever saw the Sea Dogs play (and needed zero guidance about what was going on…they understood the game well.)  Again, the hats. 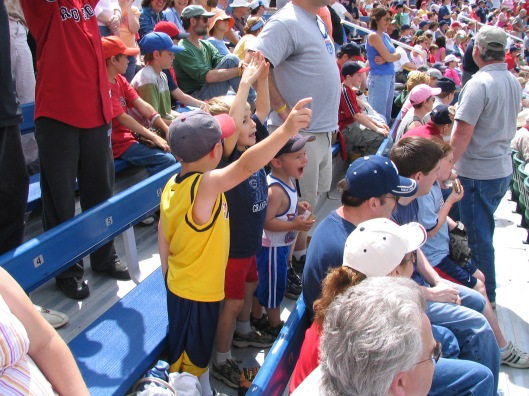 Garrett was a player for Halloween in 2006.  Those happy eyes!  No front teeth! Back when he loved Tootsie Rolls! 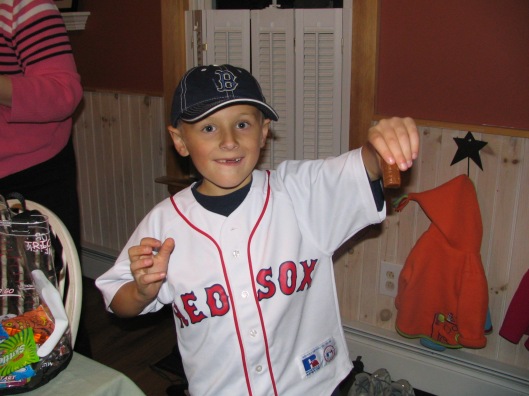 Luke, age 3 here, seemed to have been born being able to hit and throw.  His laser focus here is on his brother, to whom Guy is pitching up at THMS. Luke is so very little! 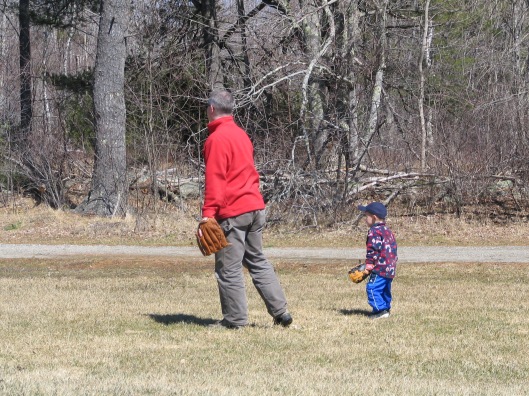 This is Luke in Little League, age 11. 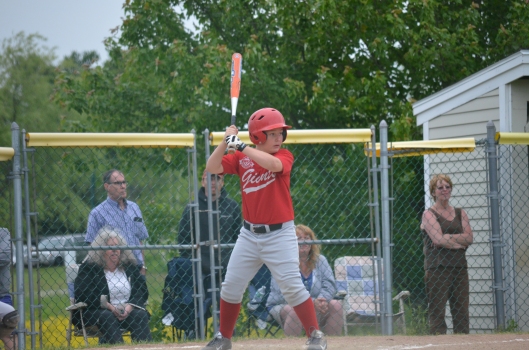 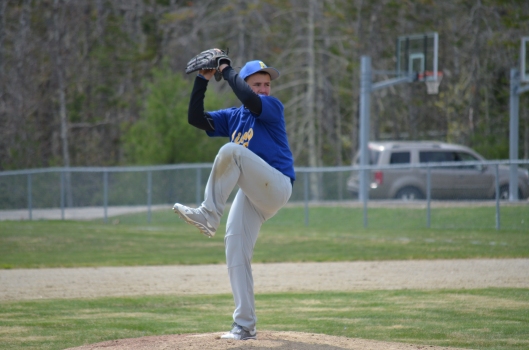 And here he is this year, today in fact, again pitching. 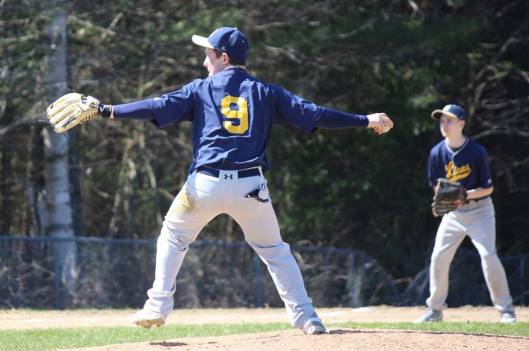 Garrett, here last season, has decided he’d like to play baseball in college.  We’re seeing what we can do to make that dream come true. 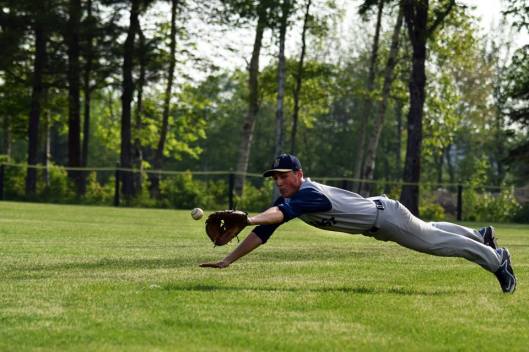 Here he is this season making a double play… 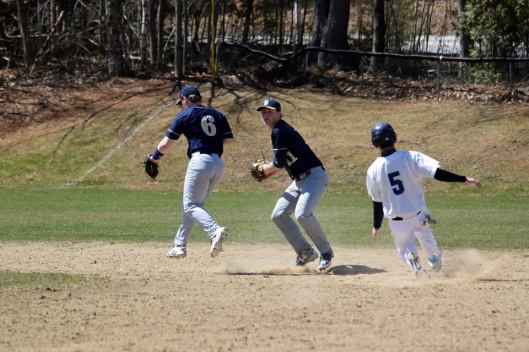 …and I don’t know what this is, but I’m sure it was safer than it looks. 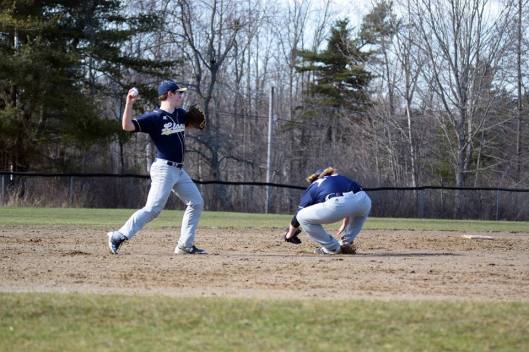 I jest.  Though I would NOT want to be in front of that bullet. 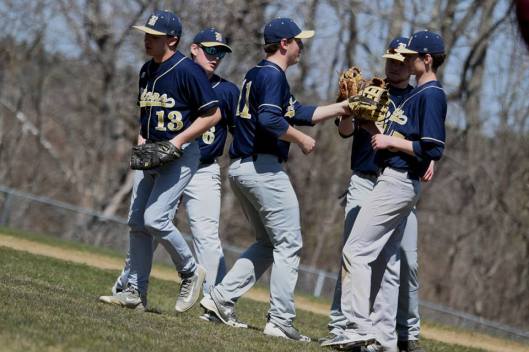 This year’s Varsity crew is a friendly and determined group of young men who, so far, are having a great time playing the game they love.  What else can a fan ask for?

Except maybe a little warmer weather.