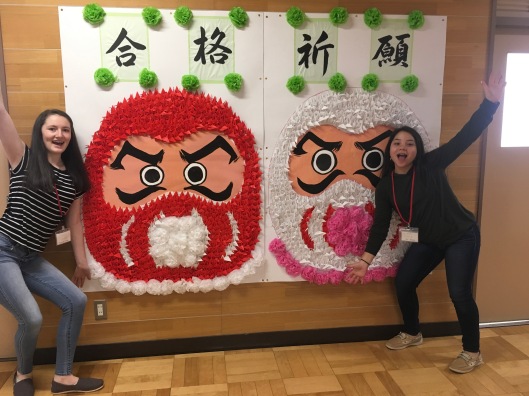 Each little textured piece of these red and white faces is an individually folded origami crane or flower.

If you want to get to know a foreign place, I recommend you visit its schools, especially if they know you’re coming, and make you lunch!

I’m kidding actually. Cafeteria food is the same quality all over the world, it seems.

We visited four schools on our journey; two elementary schools and two middle schools, each unique and special, as schools are. At each one, we played a video we had made of our ten student travelers, introducing themselves in English and Japanese, and showing a video or photos of an activity they love and are involved in, such as swim team and skateboarding. They then performed a dance choreographed by one my middle schoolers. (Thanks, Kate! You rock!!) In turn, students at these host schools presented cultural dances, songs and the like. My favorite was two fierce young ladies showing their amazing karate skills. Here’s one: 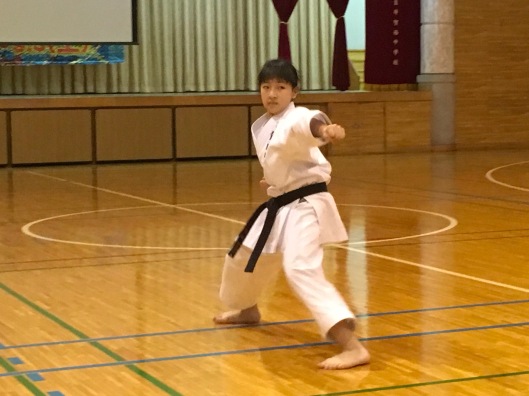 On average, we spent three hours or so doing activities with the student body and having a meal together. And in one school, we cleaned hallways and classrooms – as students in Japan do daily. 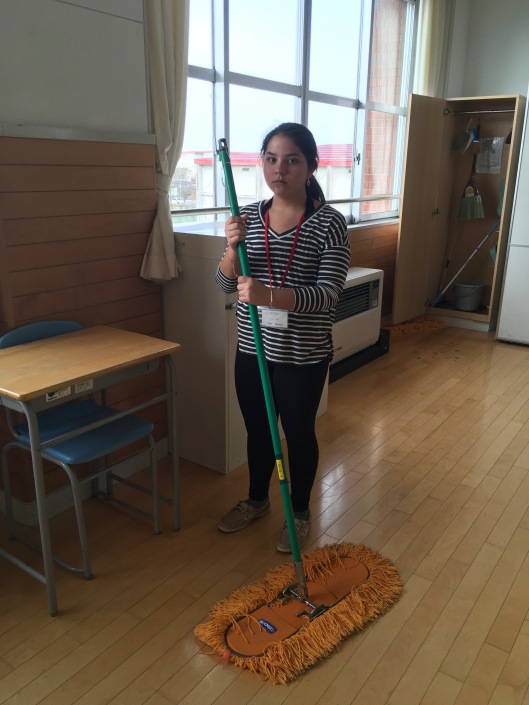 This is what Ava thinks of having to clean. 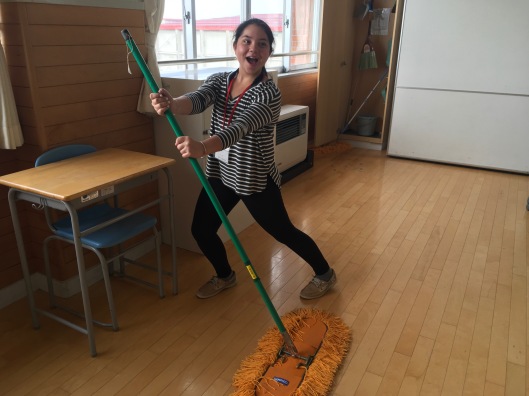 Just joking! She was thrilled to do anything and everything asked of her.

One of the activities we took part in was traditional painting of neputa floats (we practiced on paper). Afterwards, and because it was pouring rain outside, students created an indoor parade of miniature neputa floats made by the student body. They banged on large drums in a traditional rhythm and the crowd yelled “Yah, yah, doh!” as they do in Aomori at the annual neputa float parade. People from other areas of northern Japan have their own, different chant they yell. 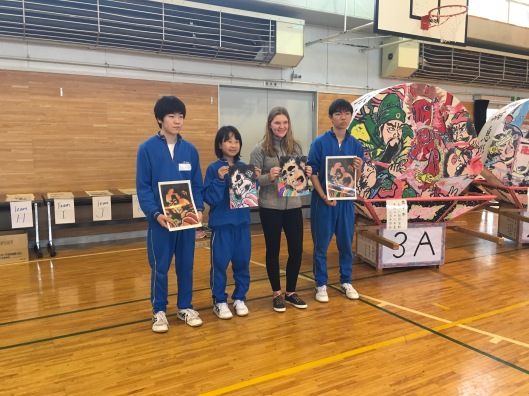 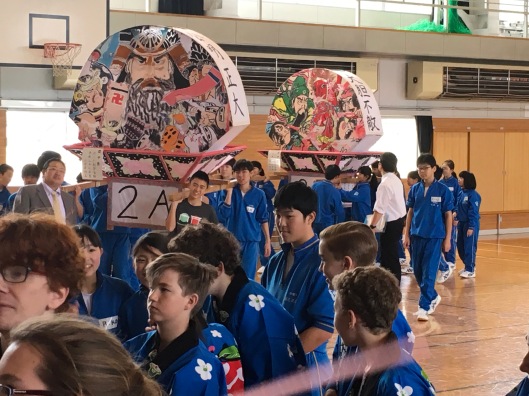 Other activities included origami, taking part in after-school activities such as track and performance dancing, and playing the Japanese version of rock, paper, scissors whereby if you win a round, the loser joins your “team”, then faces the next person as an entourage forms behind you — until YOU lose, and you join the winner’s entourage. Eventually there is one winner, who gets a nice round of applause as a prize. 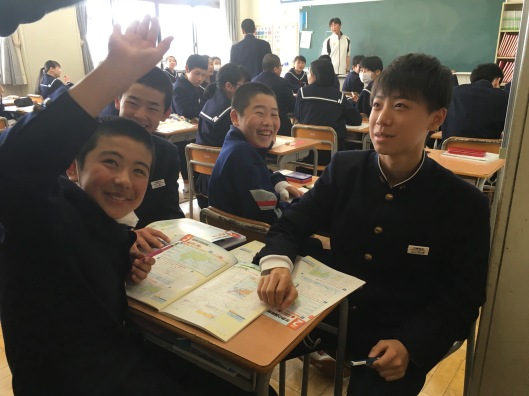 We visited several classrooms to see what classes are like. The students in the upper grades respectfully ignored our presence, but middle schoolers (like the above) were bubbly, friendly, and … probably in a bit of trouble after we left.

Saying goodbye was the hardest part of visiting each school. Here are elementary students waving American and Japanese flags at and out their windows as we drove away in the rain. 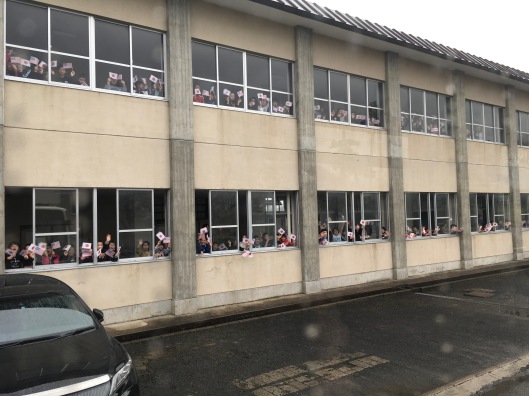