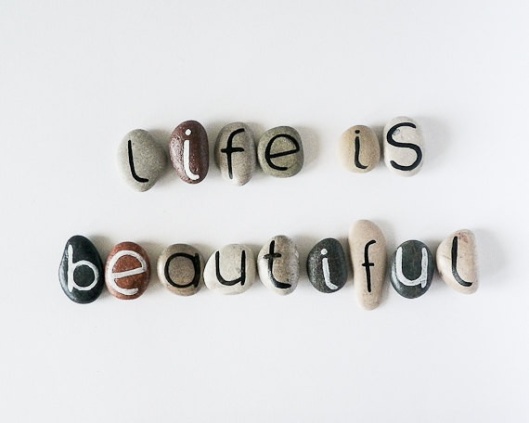 A friend stopped me in the sheets and towels aisle of Reny’s recently to tell me how much she liked this blog, but how she wished I’d post more often. I don’t want to misquote my friend, so I’ll sum up her message with the words my brain heard her say, which I’m sure aren’t perfectly accurate. But they were something like: Your life can’t possibly be all that exciting as when you’re traveling.

To which I laughed, and said in return: You bet your ass it isn’t.

I’m still trying to put Ecuador and the Galapagos Islands into words, the task equivalent of summing up an epic poem with a haiku. But I’m also living my life, which is abundant with laundry, dirty dishes, appointments, soccer games and work. I mean, writing is maybe, maybe the 27th thing on a priority list of taking care of business. And I told my friend that. And she said, and this time I’ll quote her word for word: give us a dose of the real life, too.

So, ahem. Attention. Some real life for you.

I’ve been trying to teach my dog Reuben some damn manners. He’s basically a good dog, I think. I’ve never had a dog from puppy stage and trained him myself before so I’ve nothing to compare. He’s great most of the time.

But he CAN’T. CONTROL. HIMSELF if other dogs are nearby. He must sniff their butts, then lower his elbows to the ground with his own butt high in the air, then roll over to show he’s subservient, to every single dog he sees. But first, he must bark so loudly, and with so much authority, that people cross the street to avoid him. It’s a sound that rises out of him like a harmless burp, but it sounds like a dire warning.

Which is a problem, because he doesn’t care that you’ve crossed the street to avoid him. He can still smell you, and sooooo wants to be your BFF. Also, to be clear, though he be little (45 pounds) he be strong. He has pulled me off my feet several times before just to go up to another dog, roll over on his back, whine incessantly, and demand to be loved like the diva he is.

Last weekend Luke and his soccer team ran in the Pancake 5K past our house. I decided to use this crowded venue for a bit of dog training. I walked Reuben a full mile before the racers even began – in an attempt to tire him out a bit. (It didn’t. Nothing short of playing with other dogs at Wag It all day does that.) Anyway, I took him out, armed with a thousand treats to keep his attention should other dogs happen to also be out walking. (And in the three plus years we’ve had Reuben I can count on one hand the walks I’ve taken with him when we didn’t see other dogs.) So, for a full mile he did very well, focusing on me (the liver and salmon treats, really) when other pups trotted by, and sitting nicely as all the runners from the 5K made their way down the street past us.

I made the mistake of being proud of this thing that felt like accomplishment.

We got back to the house. I needed to throw the poop bag into the receptacle we use, which is between the house and garage. Just as I reached out to take the cover off the galvanized steel bucket, Reuben sensed or smelled a dog walking by out front. I didn’t see the dog because of the giant forsythia bush that blocks the view to the street. Well. Note to self: never let your guard down while still out in the neighborhood.

Reuben barked and took off, taking me with him. I dropped the poop bag and tried to grab a strong hold of the leash, while being dragged – first sideways, then in a squat position – along the stone path, at the end of which he pulled me, like a water skier, straight through that forsythia bush, which is a solid four feet taller than I am and wide as a truck. My hat got caught up, and my sunglasses got completely destroyed by the sharp, leafless branches of the bush, while my hair was pulled out of my head in two spots. Crikey, it was a sight.

I think the only thing that stopped him was that the woman on the other side of the forsythia had heard that giant bark. She’d already begun to cross the street, taking her Australian Shepard with her. Plus I had finally gained control of him, and was holding tightly, hair in every direction, one pant leg up past my knee.

All this maybe lasted 20 seconds.

There you have it. That’s the way things seems to go for me. I’m always trying to catch a fly ball — I got it, I got it, I got it…………….I don’t got it. Basically I’m kicking ass at life; a life that’s mundane and astoundingly vibrant, and mine. 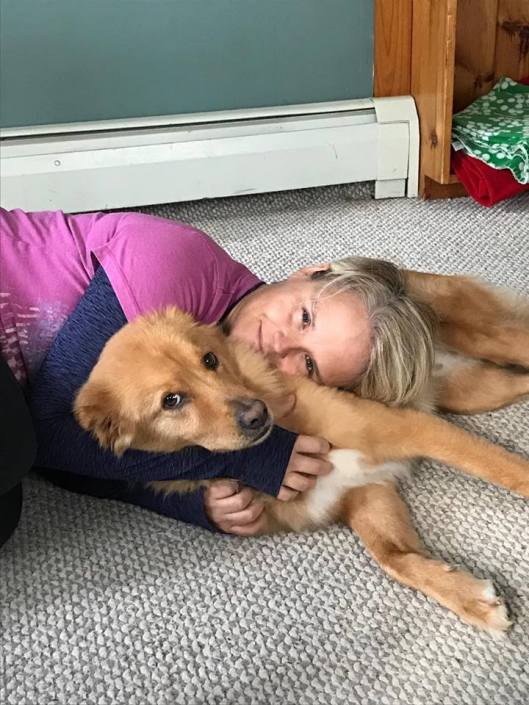 1 thought on “Not Traveling Now”