I almost killed my 10 year old son, Luke, in China.

I was all we are in CHINA, mister, and you will try every food put in front of you, or so help me god, we will sit here until you DO!   And so he did.

A kind, elderly doctor in Xi’an informed us that he was allergic to fish, shellfish, or both – and then did her best not to scold me.  But my tail was already between my legs.  I should have known. In China, there is shellfish hidden in all kinds of sauces and dishes. I SHOULD HAVE KNOWN!  Wait.  Should I have known?

I mean, look at this thing.  First guess:  heat rash.

No. More. Shellfish. EVER!

It started on his feet, for crying out loud. What rash does that?  (If you know the answer to this, please don’t bother divulging.  I was relying on Google, that fickle, spotty beast.)

It spread to his legs, then arms, then neck and only then to his trunk, and a tiny bit to his face.  It looked like chicken pox but didn’t itch.  So, I wasn’t even worried.  We let it spread for five solid days (all the while, eating Chinese food, of COURSE) and only then went to the clinic because it happened to be raining and didn’t really want to take the 3 hour van drive far, far away to see the Baoding ancient rock carvings (though, I must say, were really very cool – see?)

Comparatively, the people walking with umbrellas are tiny!

…and the wall behind them is enormous!

It took one man, and his crew of thousands (over the years), around 75 years to do all the work in Baoding.

See how I diverted your attention away from Luke there with all the oh, that’s so cool! rock carvings and such?  Kind of like I did to myself while being Tourist Extraordinaire and almost killing my son.  With shrimp.  Damn you, China, for being so awesome!

For his part, Luke trudged along, never complaining, and took the two medicines he was given.  One was an antihistamine you can buy over the counter in the states.  The other was a foul smelling Chinese medicine that we called Poo Tea. 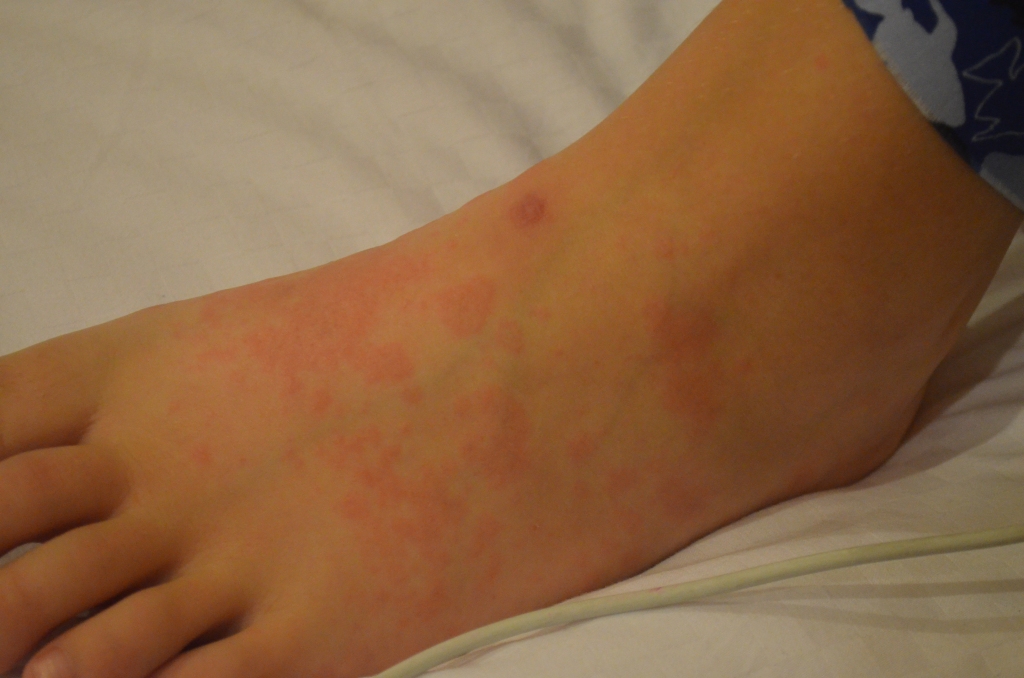 The worst of it. 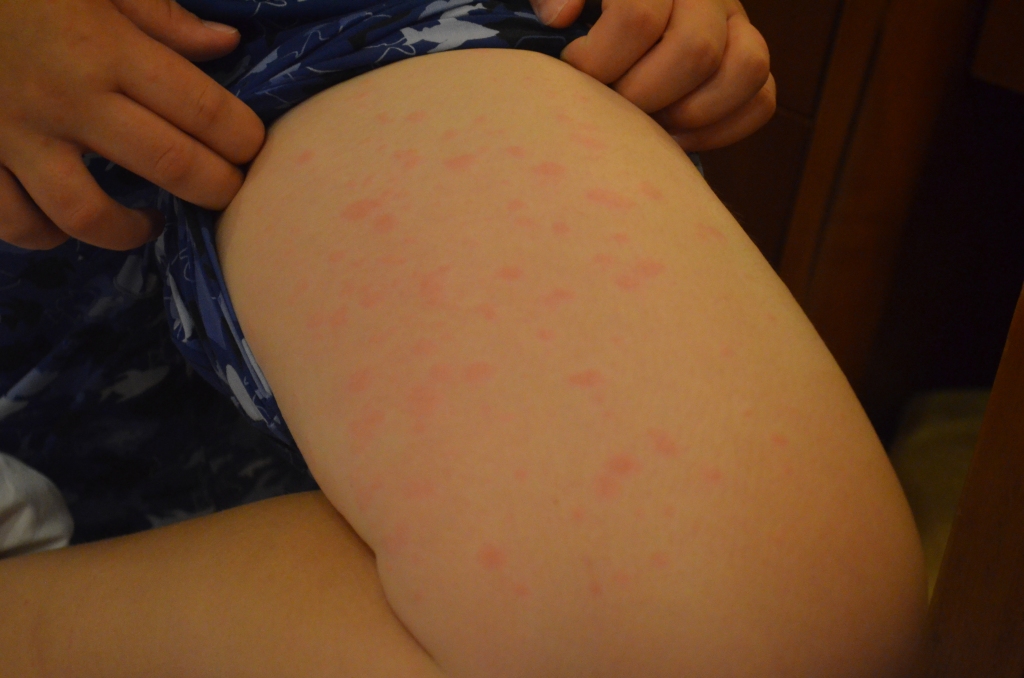 Except for this. This, too, was not good.

…and about 4 days later, the rash began to clear.  Our table mates on our Yangtze River Cruise (more to come) was, THANK GOD, a doctor, albeit a German one who didn’t speak a whole lot of English herself.  Shellfish, yes, said she.  Could be.

Which caused at least 2 and possibly 3 sleepless nights, and a vigilant, annoying, overbearing mother to check her son’s skin every 20 minutes or so.  Also, he was allowed only chicken, salad, rice, fruit, nuts, cereal and jello for the rest of the trip.

We are home now.  And I’m making an appointment with his pediatrician today. 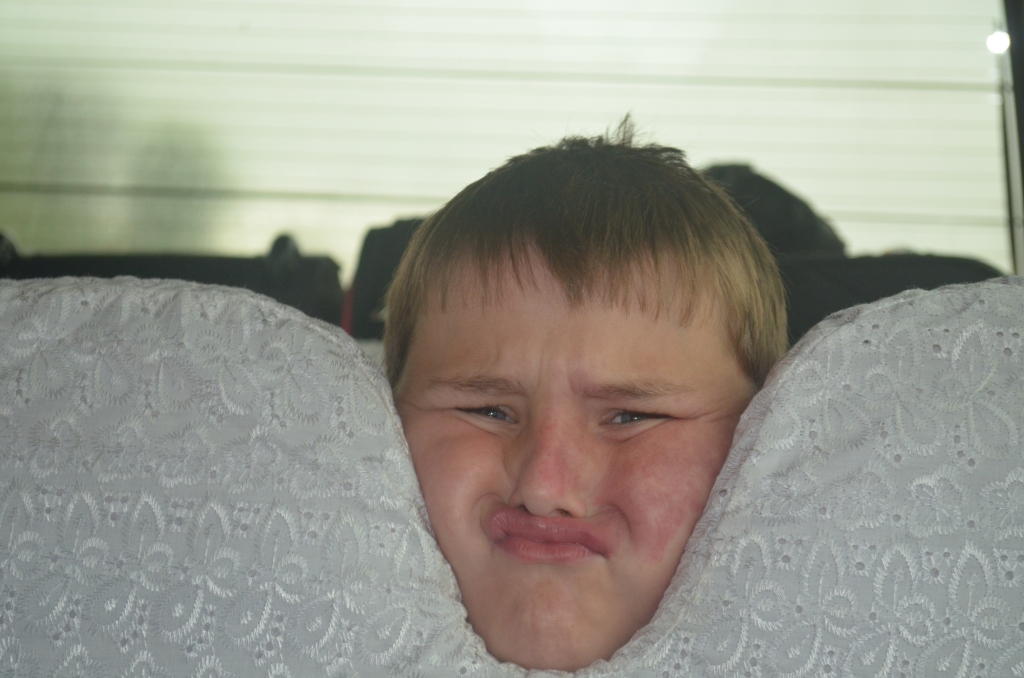 3 thoughts on “Not to Gross You Out.”