Not so Forbidden, now, are you City?

Substantiating, for you, dear reader (of which I think there are still about 6?  Bonjour!) the enormousness and opulence of things we saw in China is like trying to contain the ocean in a porcelain teacup.

When an emperor ordered something built (which he {they} did, often, and consistently for many centuries) he meant build it massive.  After all, the gods couldn’t see it if it was too small, and it wouldn’t impress other governments, or the ladies, either.  It seemed no money was spared in the construction of …well, anything.  And how cool is it that things built thousands of years ago still stand – that we could walk where the ancients walked, in some cases on the very cobblestones, and peek inside a window of their lives?

The Temple of Heaven.  It reminds me of a leprechaun, somehow.

Time spent wandering in the Forbidden City, Tiananmen Square, and the Ming Tombs, among other things, lent itself nicely to imagining the people behind the show.  How early they got up every morning.  What their favorite snacks were.  On what criteria they chose their concubines.  Whether they had pets.  If they really thought a cauldron of water would be sufficient to save their ginormous homes.  That kind of thing. 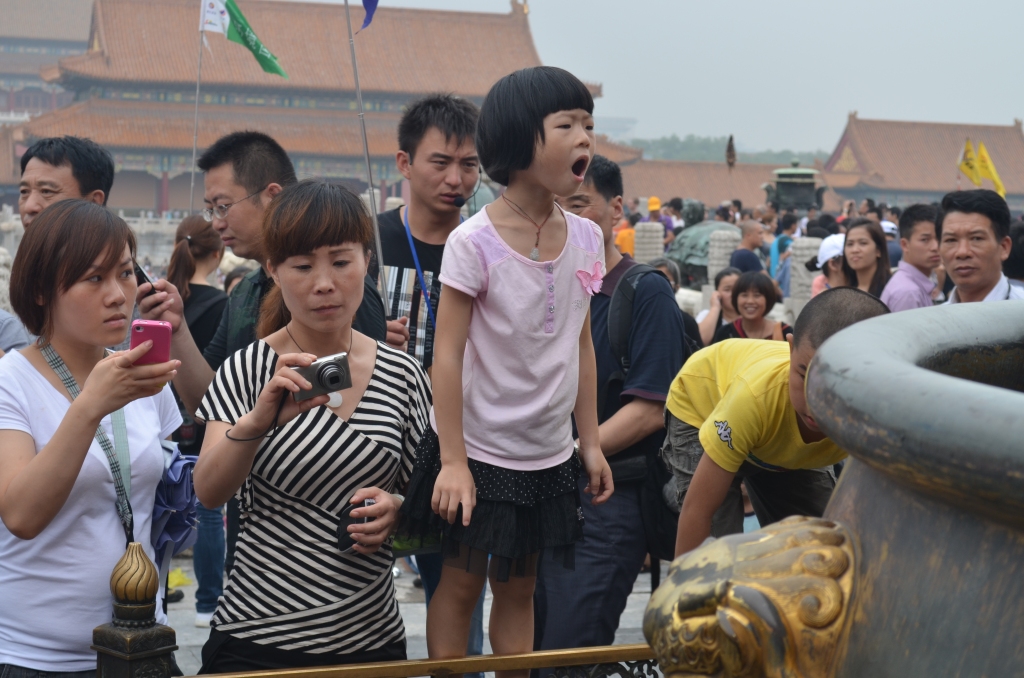 “Hey, doesn’t anyone notice this bowl of water actually ISN’T big enough to save the city? Anyone? Anyone?”

Pictures don’t really capture the immenseness of things, either.  Words.  Pictures.  They’re what a blog is made of, and yet, it feels I’m molding clay without hands.  This ashtray/bowl of a blog would only make my mother proud.  (Hi mom.)

Guy could fit INSIDE this thing. Why? Are there flowers the size of small airplanes I don’t know about?

There’s also this:  trying to explain the impact that traveling in China had on me is like stuffing an apricot into a fig.  (Hm. This probably could be done, but not by me.)  The things I experienced while traveling there are settling like dust into my bones, and any changes that occurred are more subtle still.  But they’re there.

I would love to explain them to you.

If I had the words, I would.  I don’t, though.  The whole ocean/teacup thing.

Instead, I offer pictures.  With captions.  I realize this is the equivalent of just the plain old fig.  But hey, delicious fig!  Enjoy. 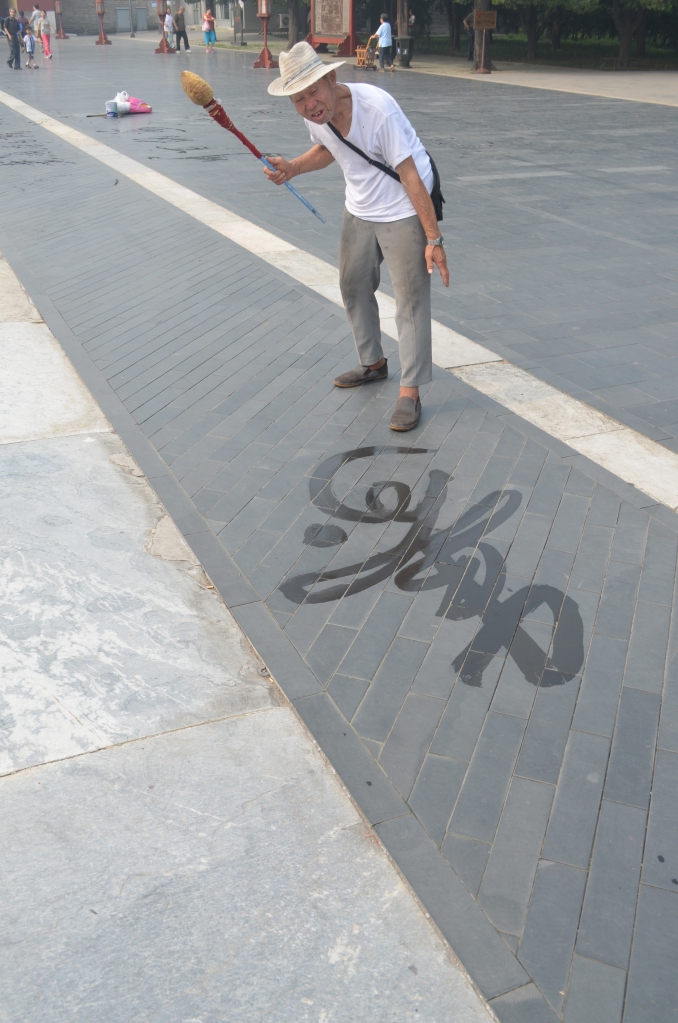 This man spends his Sundays practicing lettering with water on the square outside the Ming Tombs – just as other artists have done for many hundreds of years. It’s a very calming, zen practice. Until Natalie gets hold of the brush. But, that’s a story for another day. 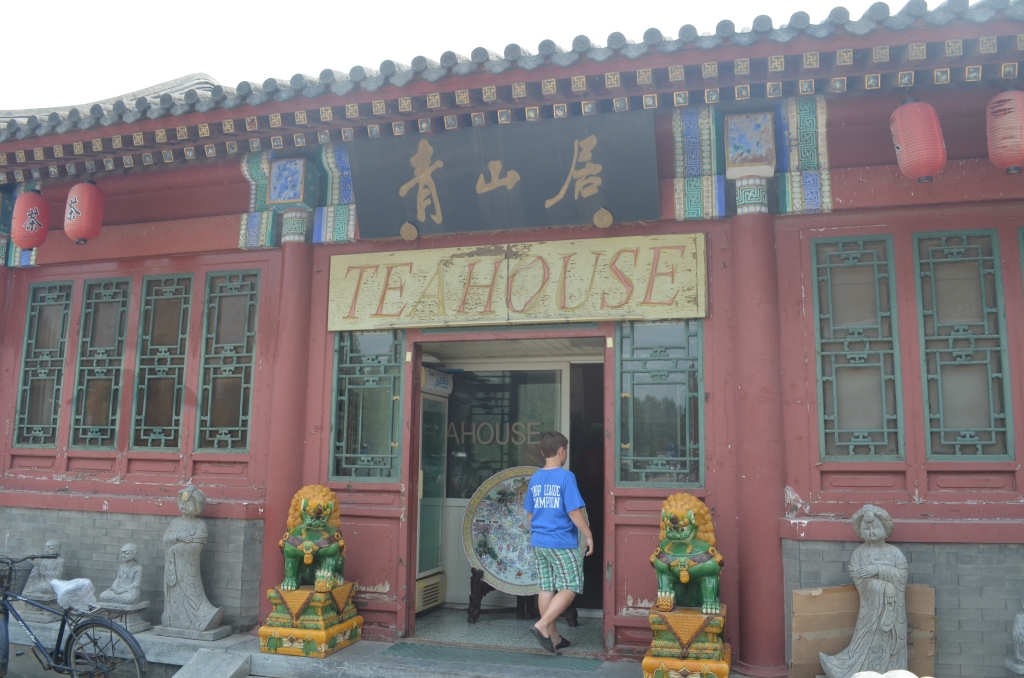 Tea time! And nobody broke anything.  Probably because I followed them around yelling Don’t Touch That!  It was awesome. 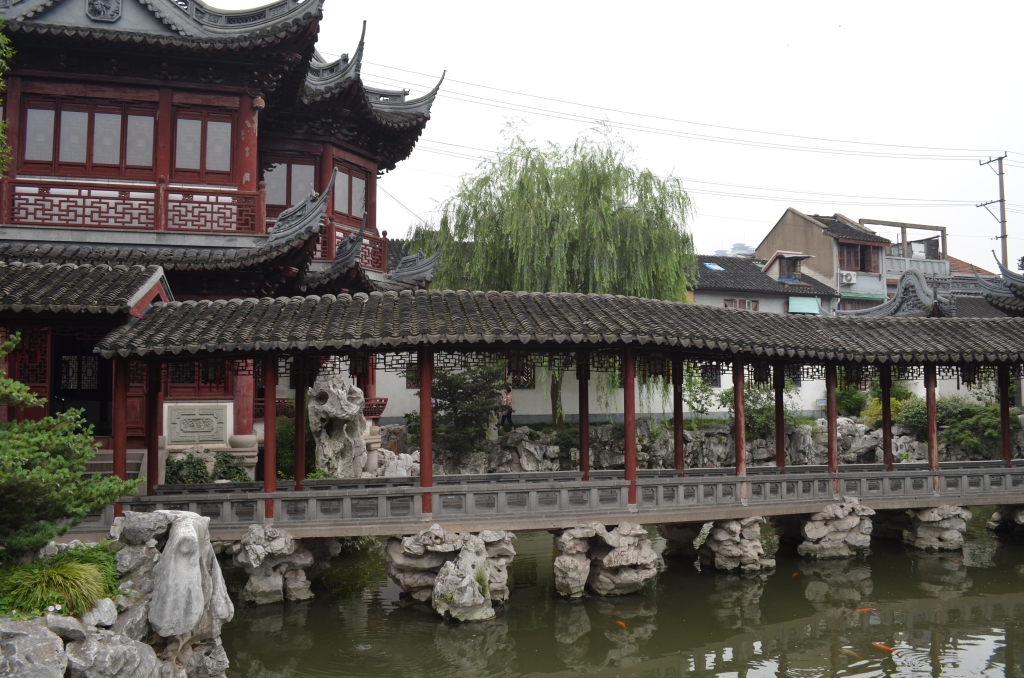 Once a private family garden – this stunning place in the heart of Shanghai is now open to the public.  It belonged to a councilor to the Emperor thousands of years ago.

I told you it was crowded.  No one was fighting their way inside the Dairy Queen, however.

Shanghai between raindrops. What you see is the new part of the city while we stand in the old.  That one building could open a very large bottle of beer. 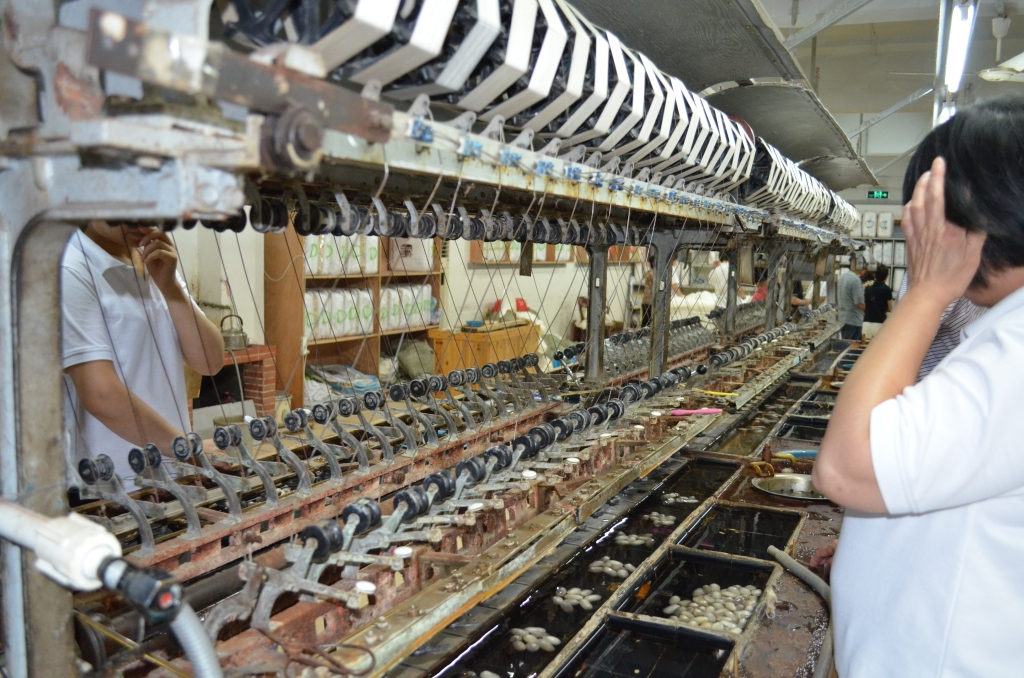 In the two-month long lifespan of a silkworm, amazing things are accomplished.  Things like the creation of silk thread.  It’s 9:40am and I still haven’t finished breakfast. 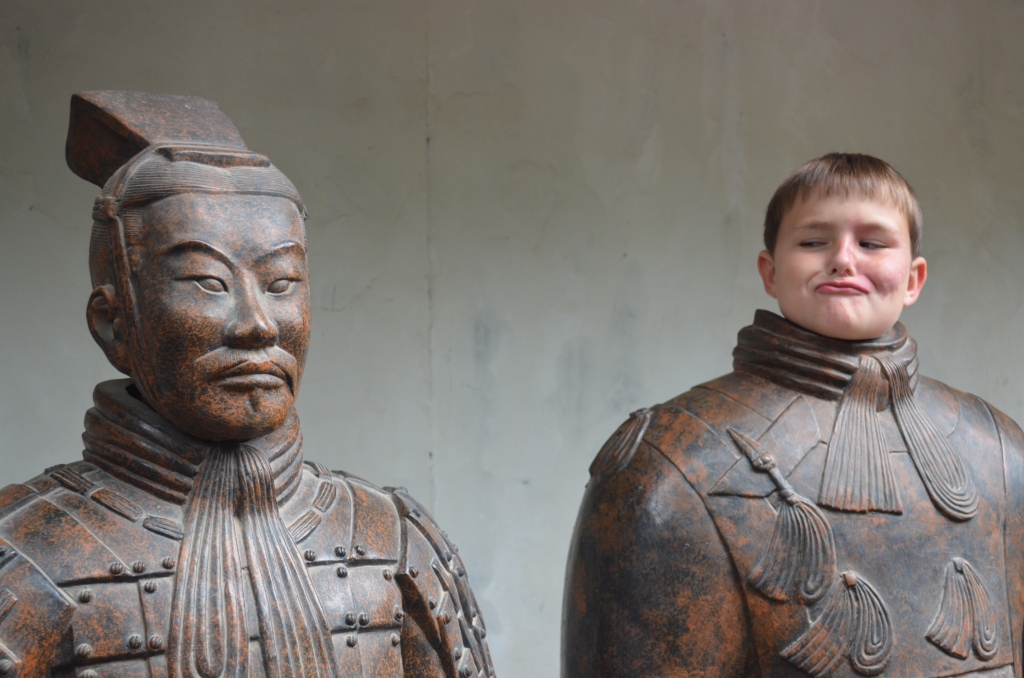 Faux Terra Cotta Warrior. Luke would challenge this soldier to a duel if only he didn’t have such a tiny head.

Imagine the builders of the original Xi’an city wall. Think they ever thought THIS scene would occur?

And this? In my mind? A giant cake.

We couldn’t be in Asia and not go to China, was our thinking.  The influence its culture had, has, and probably will always have, on the rest of the world, is behemoth. Now I understand — there’s a reason for that.

5 thoughts on “Even Bigger Than Texas”