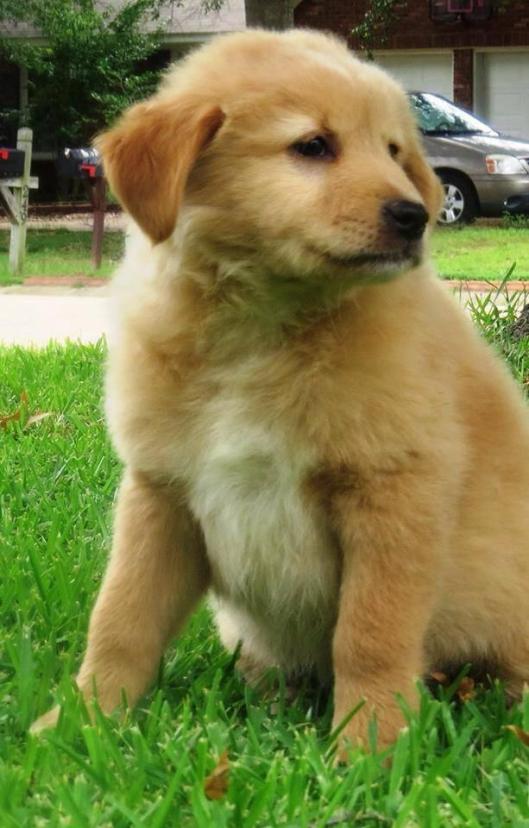 This Reuben will go great with a side of love.

Yes, Reuben is a sandwich.

Reuben is also our new little puppy we’ve welcomed into our home. This one has plenty of meat, but a lot less Russian dressing.

Natalie wanted a dachshund or a small terrier, but I overrode her desires and chose a mutt rescue dog who (the rescuers think) has some golden retriever in him.  I made the decision without really consulting the kids, because I wanted to be more sure we got a friendly, non-yapping, sweet and trainable breed.  Because I did so, I let them name him.  Quid pro quo.

It took awhile.  They all liked “Felix,” but Guy said it reminded him of a cat.  Garrett liked “Axel” but Luke simply didn’t take to it. Luke liked “Amos” but Garrett said it sounded like “anus,” which, yes.  I see his point.

The moniker “Reuben” sounded soft to the kids, and kind somehow.  They thought a “Reuben” might be aristocratic.  “Dude, he’s so majestic, you don’t even know,” I overheard Garrett telling his friend Zack.

Majestic?  Well, you can see him – what do you think?  I think he looks more beer and pizza than duck rillettes and champagne.  More I think I might eat my own poop than pardon me, do you have any grey poupon?

But so far so good.  I mean, he’s a puppy. His cuteness goes a long way.  We’ve had him in our house for 14 hours.  He slept a solid 7.5 hours in his crate last night, so today I’m awake and able to be vigilant with housetraining.  We wore the poor little guy out this morning with our walking and playing and constant quick exits to the lawn ‘just in case.’  God, wouldn’t it be great to know what he’s thinking?  These people seem nice, and some of them smell very good, but they gotta give me a break, I’m ten weeks old for crying out loud.  Throw me a bone here you mega-humans!

I admit, he’s got a pretty energetic family to keep up with.  Tomorrow I’m taking him to Camden to meet a friend I haven’t seen in 6 years for lunch (HI CARRIE-ANNE, you sexy beast!), and on Sunday to a Babe Ruth game.  I want a dog I can trust to be around lots of people in lots of different situations.  They say the way to get that is to put him in those situations with those people.